Two arrested after being caught with gas pump skimmers

AVON PARK -- Two people were arrested Oct. 10 in Avon Park after they were caught in the act of placing a skimmer on a gas pump in Avon Park.

Deputies were called to the El Paso gas station at 209 US 27 North around 9:30 p.m. by an employee. He said there was a gray Ford F-150 that had been sitting at the pumps for several minutes despite the fact the store was closed and the pumps were off. 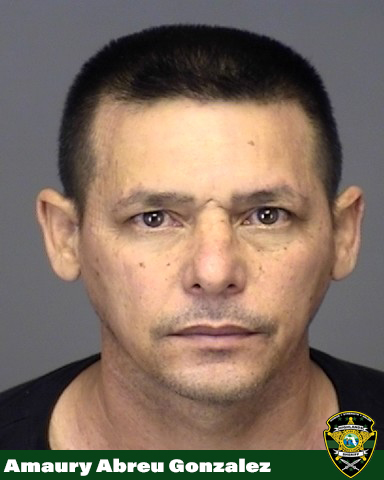 When Deputy Tristen Lanier and Deputy Emily Beck arrived and approached the truck, both the front and rear doors nearest the pump were open and Amaury Abreu Gonzalez, 47, was standing between the doors while 26-year-old  was standing at the rear of the truck. Gonzalez said he was trying to get gas. When he was told the station was closed, he said he would just go to the next station.

The pair were allowed to leave, but they didn’t get to go very far once Deputy Lanier checked the pump and saw that the control panel had been tampered with. The truck was quickly pulled over, and the two were arrested. Inside the truck, there was a backpack with several skimmers and a set of keys.

Several hours were spent checking all the gas stations in Avon Park to see if there had been any other skimmers placed, but none were located.

Abreu Gonzalez, of Homestead and Talavera, who

refused to give her address, were charged with fraud (using a computer to defraud or obtain property), two counts of possession of a counterfeited credit card, three counts of fraud (using a card scan re-encoder/skimmer) and one count of grand theft (appropriating the gas pump for a criminal act is considered theft). 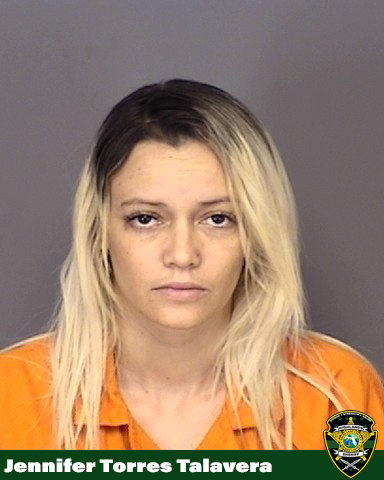 “I want to commend the employee for being vigilant and calling this in,” Sheriff Paul Blackman said. “If he hadn’t, there would likely have been several fraud victims today. I also want to commend deputies Lanier and Beck for catching these two before they could victimize any of our residents or visitors. While we didn’t find any additional skimmers this time, we still recommend taking precautions when purchasing gas to avoid your card data being stolen.”

The best way to avoid being skimmed is to pay in cash or pay inside. If you want to pay at the pump, use a credit card and not a debit card, since credit cards have a lot more fraud protection. Also try to use the pumps that are closest to the store, since those are more visible to employees and less likely to be targeted by skimmers.

For retailers, the HCSO recommends upgrading security on your pumps beyond just the seal on the door. If you do use a seal, please take note of the number on the seal and compare it when you check the pumps. Criminals can purchase those seals online and simply replace it when they are finished installing the skimmer, but the numbers won’t match.

Anyone who has information about this case is asked to call Det. Chris Cloud at 863-402-7250 or email detectives@highlandssheriff.org. You can also call Heartland Crime Stoppers at 1-800-226-TIPS or visit www.heartlandcrimestoppers.com or leave a tip on the HCSO’s smartphone app. Crime Stoppers tips are always anonymous and can be eligible for a cash reward.

Note: Not all arrests result in convictions. Everyone is considered innocent until proven guilty in court.